notating a scene from a film, Arts & Medicine Module, Royal Conservatoire of Scotland

This was an exercise in looking and interpreting information into a condensed form so that it could be re-performed elsewhere. The students watched the waiting room scene in Jacques Tati's film "Play Time" and notated whatever caught their eye or they felt was significant to the scene. They could use whatever visual or written style felt appropriate. Some chose to notate colour, hand movement and sounds.

The students then chose someone else's notation and worked in pairs / threes to re-interpret and re-perform that scene. The results were extremely playful and completely different to the scene they had just watched.

This exercise was informed by Ray Lucas' research project "Getting Lost in Tokyo". 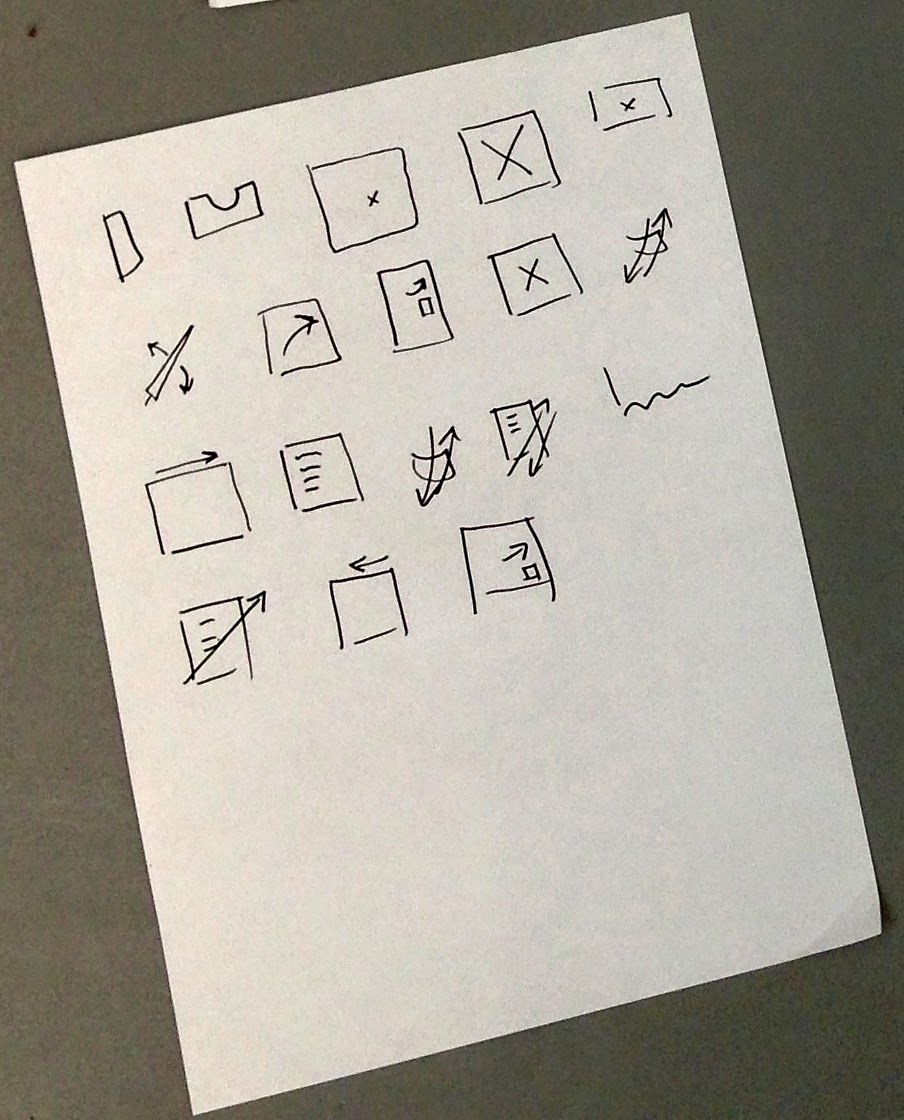 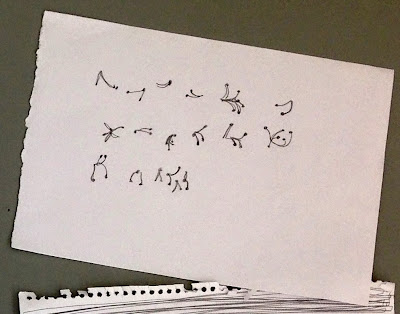 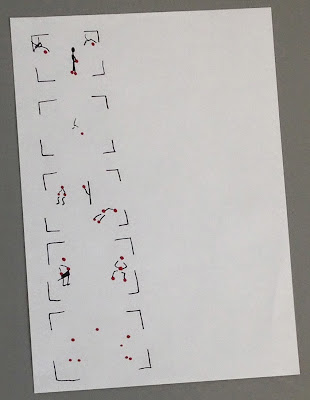